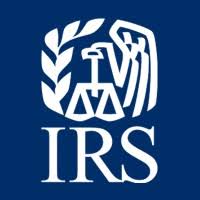 Although Congress clearly intended for the PPP to be tax-free, the IRS did not follow congressional intent. A month after Congress created the PPP last spring and provided that forgiveness of loans under the PPP should not result in taxable cancellation of indebtedness income for the recipients, the IRS ignored congressional intent by issuing a notice saying that the expenses funded by each such a loan should become nondeductible the moment the loan is forgiven — thereby resulting in exactly the same net tax costs for loan recipients as would have been the case if Congress had not exempted the forgiveness of the loans from tax.

Last week the IRS issued Revenue Ruling 2020-27 saying that even if a taxpayer’s PPP loan has not yet been forgiven by the end of the taxable year, the taxpayer nonetheless loses any deductions for expenses funded by the loan during the year if the taxpayer reasonably expects to receive forgiveness of the loan in the following year.

This means if you used the funds as required by PPP program, then it’s reasonable to expect your PPP loan will be forgiven, however the forgiveness will have to offset the expenses you paid. Put in another way, the forgiveness is taxable. However, there was some uncertainty WHEN the forgiveness would be effective (i.e. when forgives is applied for or when it is approved?)

From the guidance published last week, the IRS is still holding true to this stance, and they’ve eluded to when forgiveness would have to be recorded. They said if a borrower has a reasonable expectation of forgiveness, borrowers can’t deduct expenses paid for with PPP funds in year 2020. Meaning, whether you have or have not applied for forgiveness as of the end of this year, but you expect to apply and be granted forgiveness you won’t be able deduct the expenses.

On the other hand, you are able to deduct expenses (and thus NOT offset them with PPP forgiveness) in 2020 if all three of the following are met:

There is still the possibility that congress will override the IRS in an upcoming stimulus package, which could result in PPP forgiveness being tax-free as initially intended.

Getting Close to Retirement? Start Considering Your Medicare Benefit Choices...Good News if Your PPP Loan is for $50,000 or Less
Scroll to top